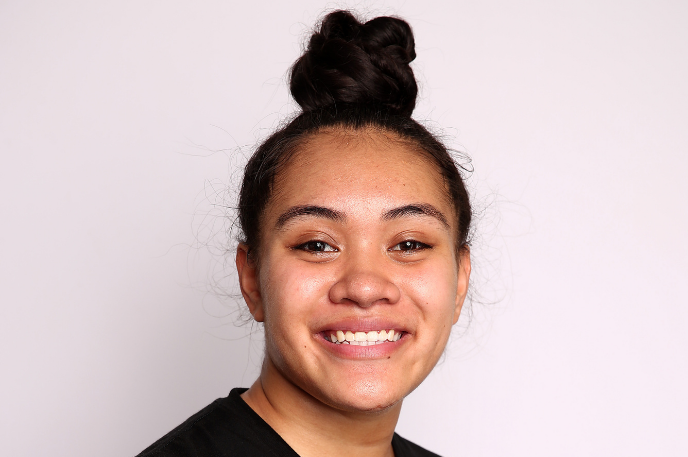 Tupou was hit by a speeding car when she was just two years old, which has resulted in a left sided hemiplegia, meaning she has paralysis on the left side of her body. She is the eldest of seven children and she has always been driven and determined both in and out of the pool.

Tupou was first identified by Paralympics New Zealand in 2011 as part of the Para Swimming Talent Identification programme. She was then quickly selected by High Performance Sport New Zealand (HPSNZ) to their ‘Pathway to Podium’ programme. This programme provides sport services and support to promising athletes, with a goal of having them ‘carded’ within 1-3 years.

2016 was a huge year for Tupou seeing her selected to the New Zealand Paralympic Team for Rio 2016. At only 15 years of age, she made her Paralympic debut in fantastic style placing 7th in the Women’s 100m Backstroke S9.

Tupou was a member of the New Zealand Paralympic Team that won a stunning 21 medals across 12 individual medallists in Rio 2016 (9 gold, 5 silver and 7 bronze). The Team finished first in the world per capita and 13th in the world overall (previous best: 16th).

Tupou trains at the Pukekohe Swimming Club under the guidance of her coach Sheldon Kemp.

Tupou officially received her ‘numbered’ Paralympic pin as part of The Celebration Project in Auckland in May 2019.

In November 2021, Tupou was named the inaugural Ambassador for the John Walker Find Your Field of Dreams Foundation, a role which connects her with thousands of young people across the South Auckland region.

Tupou was part of the NZ Team at the Birmingham 2022 Commonwealth Games, winning silver in the 100m backstroke S8.