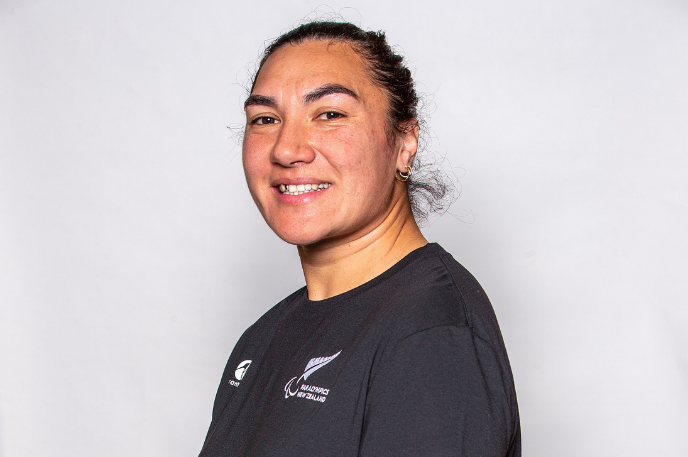 Lisa began competing in Para athletics later that year, after an article about her playing rugby was spotted by Athletics New Zealand coach Raylene Bates. A few months later, Lisa attended a classification event in Hastings and was encouraged to try shot put and discus.

Just 18 months after first picking up a shot, Lisa was selected to represent New Zealand at the 2019 World Para Athletics Championships. In the Women’s Shot Put F37, competition Lisa broke her own world record three times and came away with the gold medal.

At the Tokyo 2020 Paralympic Games, Lisa proved unstoppable by blowing her competition away in the Women’s Shot Put F37 final. On the way to her gold medal throw of 15.12, Lisa broke the Paralympic Record four times over in one of the standout New Zealand Paralympic Team performances.

Lisa is motivated by her son Hikairo, and her desire to show him that he too can give something a go and work hard to achieve his goals.

Lisa commutes between Auckland – training at AUT Millennium – and her home in Rotorua, where her old school, Rotorua Lakes High, has installed a shot put stop board for her training.