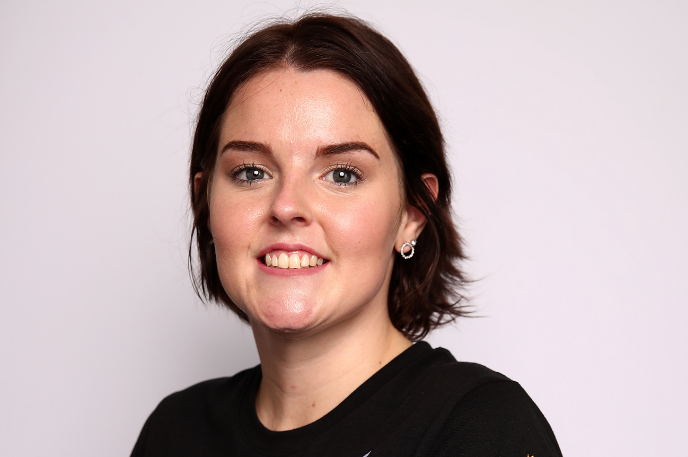 Nikita Howarth has always done things in a hurry. Learning to swim aged “three or four“ she started the sport competitively aged seven before making her international Para swimming debut as a 12-year-old. Inspired to one day win a Paralympic Gold medal following a school visit from 2004 Olympic cycling champion Sarah Ulmer, Nikita has wasted no time in pursuing her dreams.

In 2012, at the tender age of 13, the Cambridge-based swimmer became New Zealand’s youngest ever Paralympian and the following year she was crowned a world champion. It has been a meteoric rise.

Describing competing in front of 17,000 spectators at the London 2012 Paralympic Games as “overwhelming“ she nonetheless performed above expectations, placing sixth in the 200m Individual Medley SM7.

On her return to New Zealand, the Cambridge High School student added Backstroke and Freestyle events to her schedule to meet her desire to compete in more races and adopting a more “positive attitude to swimming“ made huge gains.

Nikita headed to the Rio 2016 Paralympic Games with very clear targets of what she wanted to achieve. “I want to win gold in the 50m fly,“ she says of her favoured event. “To become a Paralympic Gold medallist would be cool.“

Nikita went on to achieve her goal and better it by one medal, winning bronze in the Women’s 50m Butterfly S7. With an incredible schedule of four events at the Rio 2016 Paralympic Games, she set 3 season bests and 2 personal best times. With gold and bronze medals, Nikita was New Zealand’s third most successful Paralympian in Rio, amongst a standout team of 31 Paralympians. The Team secured a stunning 21 medals across 12 individual medallists – 9 gold, 5 silver and 7 bronze – beating its pre-Games target of 18 medals by 3 medals. The team finished 1st in the world per capita and 13th in the world overall (previous best: 16th).

In 2017, Nikita decided to try another sport – Para cycling. Less than one year after starting the sport she competed at her first UCI Para Cycling Track World Championships back in Rio. She produced a series of personal bests and thoroughly enjoyed the experience. In December 2018 Nikita broke the Flying 200m world record. Her time of 12.95 seconds took 0.248 seconds off the previous record set by New Zealand Paralympian #145 Kate Horan in February 2016.

Nikita transferred back to Para swimming and the familiar environment of the pool in the lead up to the Tokyo 2020 Paralympics. Competing at her third consecutive Paralympic Games and recovering from a skateboarding injury, Nikita narrowly missed bronze in the Women’s 100m Breaststroke SB7 Final, finishing in fourth place with a time of 1:36.55.

Nikita officially received her ‘numbered’ Paralympic pin as part of The Celebration Project in Hamilton in June 2019.